Fat or Sugar – Which One is Worse?

For years you have been told that a low-fat diet is the way to lose weight…and now it seems that every second person has “quit” sugar in an effort to lose weight and be healthy.

What are you meant to believe? Should you be following a low-fat or a low-sugar diet?

Twin doctors in the UK recently tested out both theories – one consumed a high fat diet, while the other consumed a high carbohydrate/sugar diet for 1 month and their experiments were filmed for a documentary called Sugar v Fat (I highly recommend watching it if you can find it online!).

Their experiments included certain exercise, cognitive tasks and detailed measurements to determine which twin lost more weight, and which twin was healthier at the end of the month.

What did they discover?

Changing the amount of fat or sugar on their own in your diet will have very little effect, especially when it comes to gaining or losing weight.

The twins were both relieved to only run these experiments for 1 month, because as they both discovered, consuming either a high fat or high carb diet is not sustainable nor it is healthy.

The combination of fat and sugar together is very different to looking at just fat or just sugar alone – and while it’s unhealthy to consume a diet high in either one of these macronutrients – it’s even worse when both fat and sugar are combined.

So what was their conclusion?

The combination of fat and sugar together is energy dense and also has an effect of making people unable to stop eating it – it is extremely “moreish”.

This “deadly” combination of fat and sugar is most commonly found in processed foods – and this is ultimately the cause of our population getting fatter and the increased risk of developing diabetes.

My take on this?

Everything in moderation – and the real diet you need? A naturopathic whole food diet – lots of vegetables and fruit, salads, fish, nuts and seeds, wholegrains, legumes and meat. 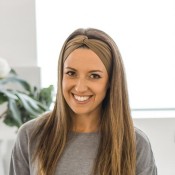